There are thousands of indica strains, and each has its effects, some may feel drowsy and tired, others may feel relaxed and happy, some even make you feel completely different.

Indica Strains are commonly very popular among seasoned cannabis users. When users want some “loud”, they are generally talking about a strong Indica strain. Here are the names of the 7 best Indica strains to get you started. 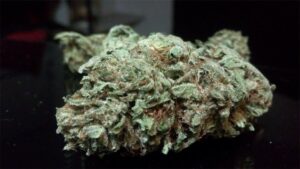 Hindu Kush is a strong and pure Indica that is found in the Hindu Kush mountain range between Pakistan and Afghanistan. It is considered that the Hindu Kush is one of the first plants that is used for hash. The harsh climate of its origin land has modified this strain to express a thick, protective coat of crystal trichomes embraced by hash makers worldwide. It has an exquisite sweet and earthy sandalwood fragrance, while the smoke can have sweet, floral, and pine flavors. The Hindu Kush encourages a deep sense of calm that helps in providing relief to those who are suffering from pain, nausea, stress, and disorders. It is suggested for those who are seeking a long-lasting euphoric experience. 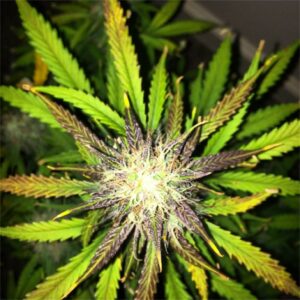 Blueberry is an Indica marijuana strain produced by crossing Purple Thai with Thai. This is a popular, flavored Indica hybrid with a strong genetic backbone. Blueberry was developed in the 1970s or 80s by DJ Short, a mysterious but creative breeder who’s been designated the “Willy Wonka of the pot.” Blueberry is a popular indica strain worldwide. It contains THC that ranges between 15% and 24%.

Blueberry has small and densely-packed flowers and compact forest green leaves and buds which are stacked with an assortment of purple and red-coloring that make it as attractive as it is flavorful. As per its name, Blueberry smells and tastes like fresh fruit from your neighborhood Farmer’s Market. After consuming blueberry Indica strain, consumers feel relaxed, happy, and slumped over the type of body high. 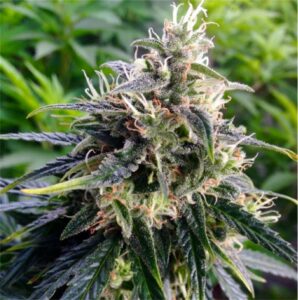 Northern Lights is an Indica marijuana strain that is produced by crossing Afghani with Thai. Its buds are beautifully densely packed with thick and extremely visible sugar leaves that obtrude slightly outwards. Their color is dark olive green and has streaks of purple and blue running through.  It has a pungent, sweet, and spicy flavor that is smooth on exhaling. Northern lights marijuana strain has become one of the most popular indica in the world. It is full of healing medical benefits and ideal for an evening or nighttime smoke. The fragrance of the Northern lights strain is pungent and hits your nose very quickly. You can feel the sweet and herbal flavors of Northern lights when you smoke it. It gives a hard-hitting body high and leaves you on stuck mode for the rest of the evening. If you are looking for an Indica strain to get boozed up, you can try the Northern lights marijuana strain. 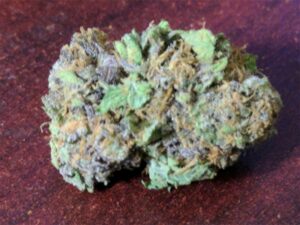 Granddaddy Purple is a famous Indica strain that is produced by the crossing of Purple Urkle and Big Bud. It is introduced by Ken Estes in 2003. its parent plant Purple Urkle is responsible for its aroma while Big Bud is for its oversized and compact bud structure. Its potent effects target both the mind and body, by putting on the integration of cerebral euphoria and physical relaxation. While your thoughts may float in a hallucination, your body is more likely to find itself fixed in one spot for the duration of GDP’s effects. This Indica strain is usually used for relieving pain, stress, insomnia, appetite loss, and muscle spasms. 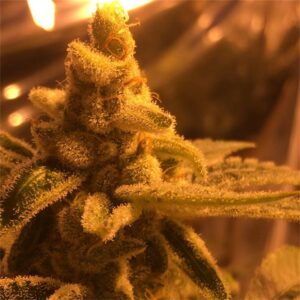 9 LB Hammer is an Indica strain which is produced by JinxProof Genetics by crossing Gooberry, Hells OG, and Jack the Ripper. Their buds are very thick and coated in resin, which provides sweet grape and lime flavors to it. 9 LB genetics often produce dense flowers which are dark green in colors and have a mixed coat of white trichomes. It hosts a terpene lineation rich in myrcene, pinene, and caryophyllene with THC levels ranging between 17-21%. It has long-lasting and heavy effects, making this strain useful for pain and stress relief. This Indica strain can be grown indoors and blooms flowers between 50-60 days and will deliver high yields. 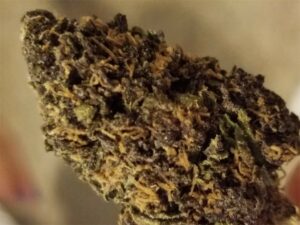 Forbidden Fruit is a very enticing Indica strain that is produced by Cherry Pie and Tangie. This lavish genetic cross has a beautiful dense bud structure with deep purple hues, dark green foliage, and wiry orange hairs. Its terpene profile is a perfect blend of Cherry Pie’s musky, sweet cherry undertones and Tangie’s loud tropical flavors. It is one of the most beautiful cannabis flowers on the planet. After consuming it, it will taste like you’re smoking a bowl of fruit cocktails and the effects are very light and give a feeling of relaxation. 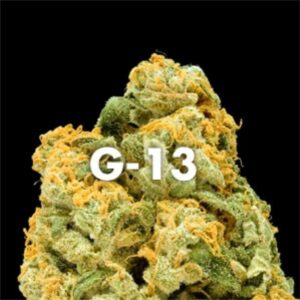 It is consumed in both the flower and oil form, which usually makes people feel hungrily relaxed, and sleepy i.e. ripped of their minds. G 13 gives effects like no other, if you get the chance to consume it, definitely be in on this strain.

So, these are some more potent Indica strains, which are the perfect blend of terpenes, cannabinoids, and other compounds that tends to induce a more relaxing and sleepy kind of feeling. They relax your mind and body both and you feel energetic and cerebral instantly.

So, whenever you get a chance to get it, you should try it and take the earthy, delightful aroma and keep yourself high.